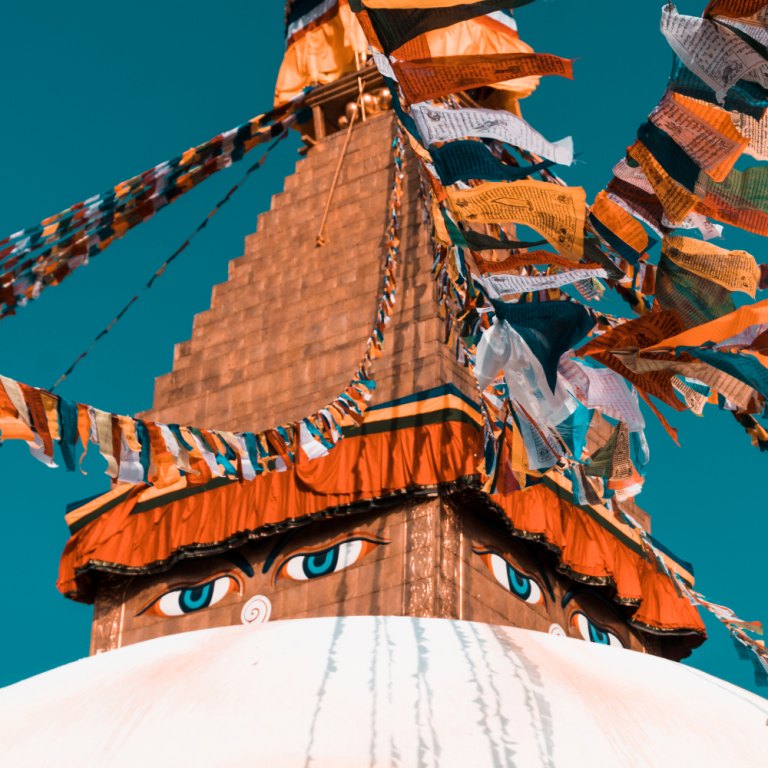 Kathmandu is the Capital city in Nepal which is surrounded by the great Himalayan range. Kathmandu is also considered as an open museum of ancient temples and  shrines, golden pagodas, inspiring deities and there curious stories, and most crucially it’s people, as the people are modern in there lifestyle  yet still connected to there culture and there values, Kathmandu offers several beautiful and culturally significant sites and locations which offer an unique experiences. Talking about the beauty of the valley, Kathmandu is surrounded by dazzling Himalayan peaks which can be seen clearly from several points around the valley. Kathmandu is unique and famous in the world in the field of arts ,crafts and architecture.

We have managed this trip for you to experience some  of the must visit and significant places as cultural world heritage sites in Kathmandu.

The monkey temple ( world heritage Site): Swoyambunath is a hilltop temple or stupa situated in the northwestern side boundary of Kathmandu, with panoramic views of the valley and city. This great stupa carries a great significance in Nepal as it is believed to be born by itself, and also enlisted in world heritage site.Other important things to be seen here include a magneficient two tiered golden temple dedicated to goddess harati. She is the grand mother deity of children and small pox who was said to be the Ogress until lord Buddha converted her to be great caretaker of the children.

Pashupatinath is considered  as one of the holiest shrines of all the hindu temples. It is one of the largest hindu temple complex in South Asia which includes hundreds of Shiva Lingams, Shrines icons, of various Hindu god and goddess insides.

Boudhanath is a colossal stupa which is north east of Pashupatinath. It is one of the oldest and biggest Buddhist monuments ever built in Nepal. The basic feature of this great stupa is very much like that of swoyambunath stupa with few exceptions. The site is considered to be very pure and sacred for the Tibetan Buddhists and every year tens of thousands of pilgrims from all over the Himalayan region visit the stupa. Which is also the reason why Boudhanath is a must visit place in Kathmandu. 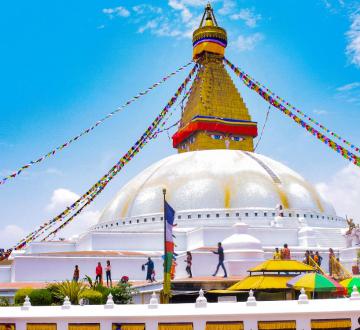 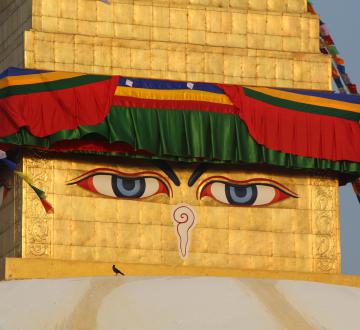 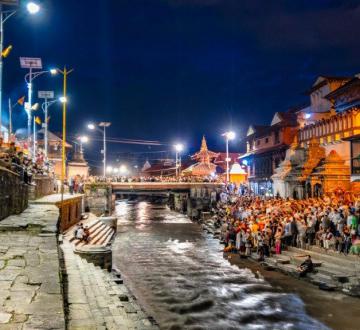 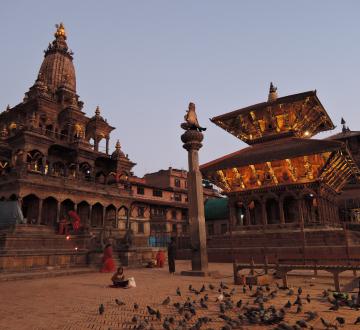