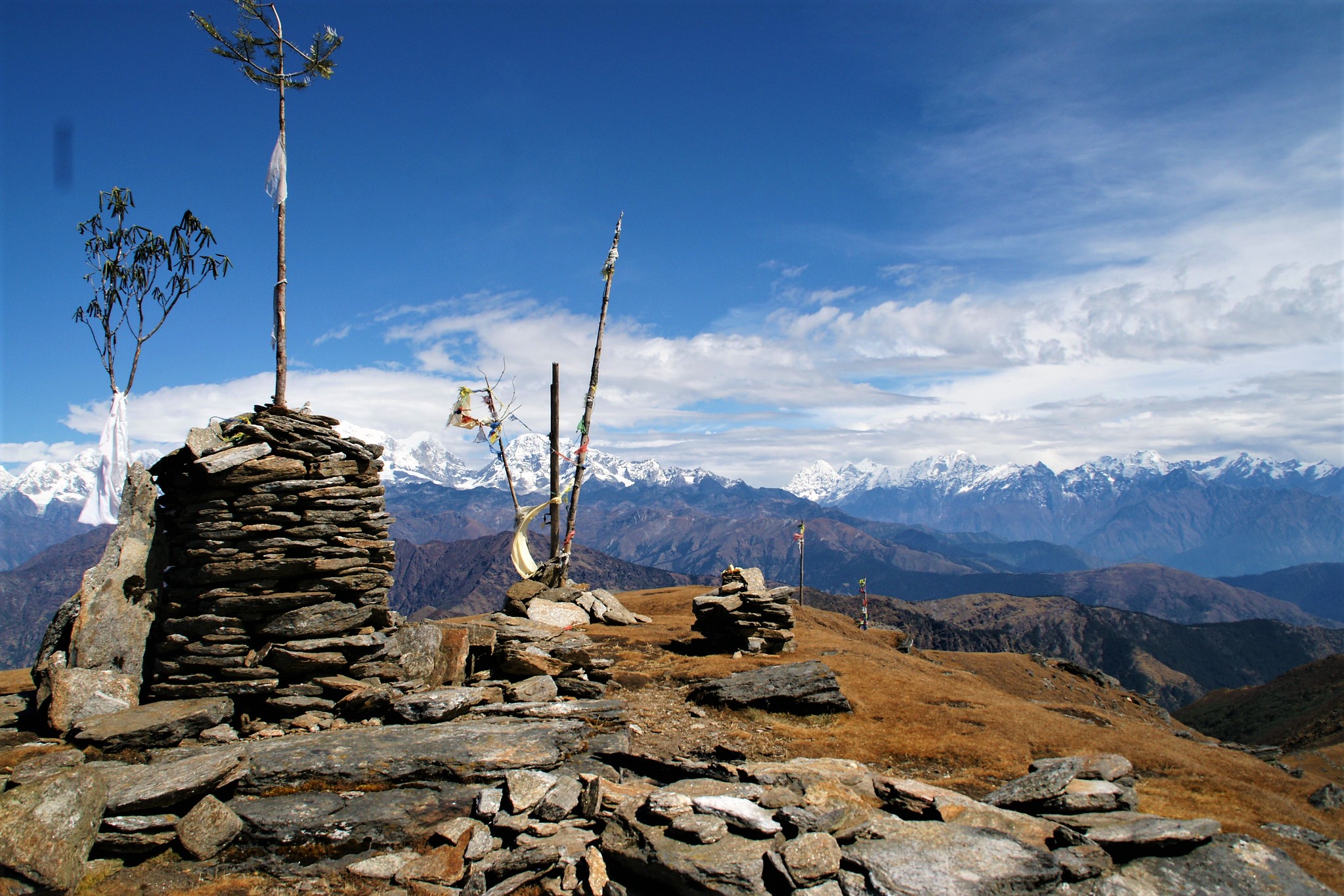 Pikey Peak Trek is one of the best hilltops to observe the panoramic views of snow-capped mountains including Mt. Everest at an altitude of 8848m. Located at the Everest region, Pikey Peak Trek follows the footsteps of Sir Edmund Hillary and Tenzing Norgay Sherpa on the approach to Everest Base Camp. The quiet and uncrowded trail, enthralling culture and truly Spectacular Mountain vistas are the highlights of Pikey Peak Trek. The best views of snow-capped mountains like Annapurna, Kanchenjunga, Dhaulagiri, Ama Dablam, and Makalu including Mt. Everest. Pikey Peak Trek is best regarded for those who want to get the best view of Mt. Everest and wants to observe the cultural diversity of local people. Pikey Peak is named after the Sherpa clan deity.

Pikey Peak Trek starts from sightseeing at the UNESCO World heritage sites of Kathmandu including; Pashupatinath, Swayambhunath, Boudhanath and Kathmandu Durbar Square. An early morning flight to Phaplu and witness the beautiful and aerial views of snow-capped mountains including Mt. Everest and trek to Chayalsa. Passing through the villages of ethnic Sherpas and Rai people like Kerung, Jhapre, leads us to Pikey Base Camp. Climb Pikey peak to observe the best panoramic view of Mt. Everest as declared by Edmund Hillary. Trek back via Jase Bhanjyang, Junbesi to Phaplu from here we take a fight to get back to Kathmandu and trek ends at Kathmandu.

The best season for Pikey Peak Trek is spring (March-May) and autumn (September- November). The weather remains clear at these seasons to get the best panoramic views of snow-capped mountains. Experience the culture and tradition of local people, observe the ancient Buddhist monasteries and Tibetan culture along the journey. Come, join with Moonline Tours P. Ltd to make your journey at Pikey Peak memorable for a lifetime.

Welcome to Kathmandu, Nepal. Upon arrival at Tribhuvan International Airport, meet and greet our representatives from Moonline Tours P. Ltd and transfer to the hotel enroute brief description of Pikey Peak Trek along with the highlights of the trek. Check-in at the hotel. Rest day free for self-exploration at the streets of Kathmandu in the evening.

Guided sightseeing tour in Kathmandu at the four UNESCO World Heritage Sites including; Kathmandu Durbar Square- an ancient courtyard with temples and monuments built during the 13th to the 15th centuries, Pashupatinath- a holy temple of Hindus dedicated to Lord Shiva at the bank of Bagmati River, Swayambhunath- oldest Buddhist shrine at the hillock and one of the important pilgrimage site of both Hindus and Buddhists, and Boudhanath- the largest Buddhist Stupa with more than 200 monks praying around the monastery. Rest day free for self-relaxation and roam around the streets of Kathmandu.

Day 3: Fly to Phaplu and trek to Chayalsa.

Enjoy an early morning flight to Phaplu from Kathmandu and observe the mesmerizing aerial view of snow-capped mountains including Mt. Everest. Upon arrival at Phaplu airport, trek to Chayalsa. Passing through the terraced farmlands and observing the picturesque views of villages leads us to Chayalsa. Visit the local markets and Buddhist monasteries in the evening.

Leaving the beautiful Chayalsa village behind, trek ahead to Kerung. Passing through the villages of ethnic people like Tamang, Rai, and Sherpa and explore the culture and lifestyle. Enjoying the mesmerizing views of snow-capped mountains and amazing landscapes enroute leads us to Kerung. Roam around the Buddhist monasteries and stupas in the evening.

From Kerung, the trail passes through the forest of orchids and alpine trees with the opportunity to spot wildlife as well. Enjoying the diversified landscape and exploring the culture and tradition of local people leads us to Jhapre. Observe the beautiful views of snow-capped mountains and explore the Buddhist monasteries and stupas. Enjoy the cultural show organized in Jhapre.

Day 6: Trek to Pikey Base Camp.

From Jhapre, the trail ascends towards Pikey Base Camp. Explore the species of flora and fauna available and observe the timeless Buddhist Monasteries and Mani walls that reflect the culture and tradition of Tibetan people. Enjoy the beautiful views of mountain ranges. Roam around the Buddhist stupas and monasteries in the evening and overnight in a tented camp at Pikey Base Camp.

From Pikey Base Camp, the trail ascends all the way to the top of Pikey Peak. The rocky terrain and grassy landscapes lead us to the top of the Pikey peak and observe the mesmerizing view mountain ranges. The picturesque mountain vistas including the best view of Mt. Everest makes the whole journey worth it. Observe the panoramic view for some more time and trek to Jase Bhanjyang. The trail descends all the way to Jase Bhanjyang. Observing the beautiful views of mountain vistas, gentle downhill passing through the alpine climate and grasslands leads us to Jase Bhanjyang.

Enjoy the mesmerizing view of Sunrise over the Himalayas from Jase Bhanjyang. After exploring for some more time, trek to Junbesi. The trail descends through diversified landscapes and observing the beautiful views of the mountain range. Following the trail leads us to Junbesi. Roam around Junbesi in the evening.

Explore the Thuptenchholi monastery and Tibetan Medical Therapy before we head towards Phalpu. Passing through the terraced farmlands and crossing beautiful villages of Tamangs, Sherpas and Rai, trek ahead to Phalpu. Explore the Phalpu village and enjoy the cultural dance in the evening.

Day 10: Fly back to Kathmandu.

From Phalpu, fly back to Kathmandu and observe the beautiful views of snow-capped mountains. Upon arrival at Kathmandu, check-in at the hotel. Roam around the streets of Kathmandu in the evening.

Free day for self-exploration and relaxation around Kathmandu. Roam around the streets of Thamel for shopping in the evening. Overnight at Kathmandu.

Free till final departure. Our representative from Moonline Tours P. Ltd will drop you at Tribhuvan International Airport 3 hours prior to your flight schedule to board your onward journey. With the memories of Pikey Peak Trek, we bid you “Goodbye”. 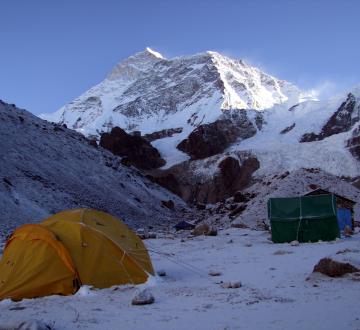 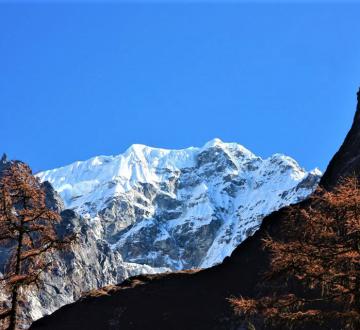 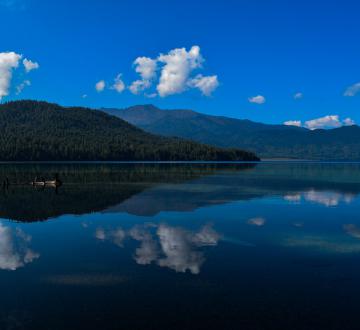 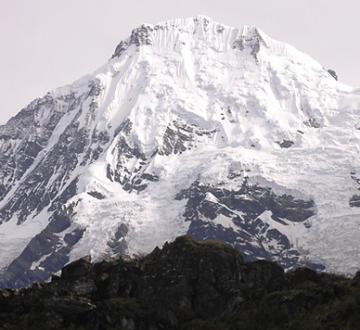